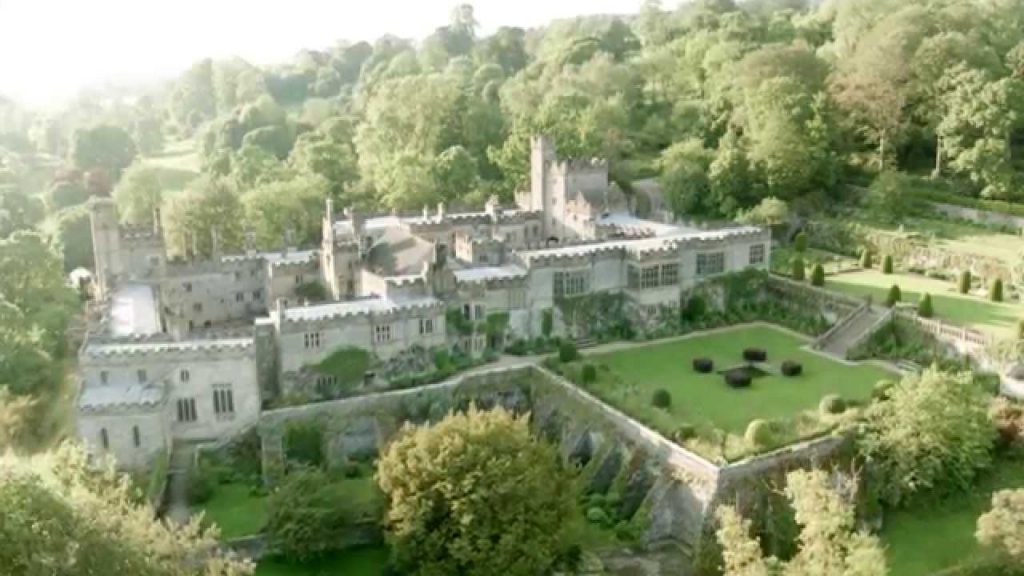 There are hundreds of great and grand houses in the UK but Haddon Hall, near Bakewell in Derby, is unique among them.

It is 900 years old and has been in the same family all that time.  But that’s not what makes it all that special.

For 200 years during the reign of Queen Anne to the late 19th century it was locked up. When the key was turned to close it the house was left in a state of suspended existence. Everything was left stock still . . . the tapestry on the walls, the furniture, the pewter in the cupboards. Everything, just waiting to be dusted off and lived in again.

Over the centuries it became known as the “Sleeping Beauty” house.

The owners preferred to live at Belvoir Castle in Leicestershire and Haddon Hall slumbered on. 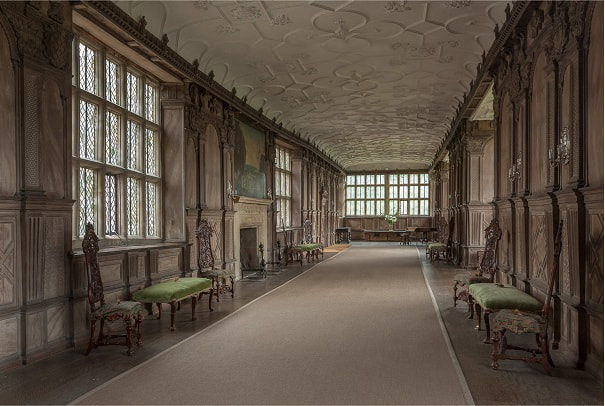 The Long Gallery at Haddon Hall

It wasn’t until early last century that the 9th Duke of Rutland, John Manners, realised what a precious gem he possessed and began to restore it to its former splendour.

When you explore this grand house you have free reign. You are not herded along on the standard tour. Explore it as you please. 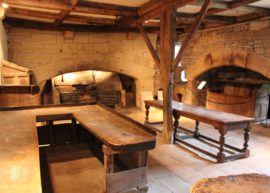 “You will find the oldest medieval kitchens in England, which retain all their original features, including the stock pot, chopping boards, baking ovens, work tops and butchery.

“You will enter the family’s private chapel, which is still adorned by its original exquisite fresco seccoes from the fourteenth century on its walls.

“You can explore the medieval chambers and you will find the 110ft Long Gallery, reputed to be in the most beautiful room in England, with its glorious, sparkling, bombée glass windows and spectacular panelling designed by the celebrated Elizabethan, Robert Smythson.

“…And you will enter Haddon’s Elizabethan Walled Gardens, an equally rare survival of the past.

“Robert Smythson designed these when he designed the Long Gallery, and they sit intimately with the architecture of the hall.

“Renowned for their beauty, structure and views, the gardens are arranged in a series of terraces, retained by enormous buttresses that cascade down to the River Wye with seemingly endless views over the ancient parkland and Peak District National Park beyond.

“Recently replanted by Chelsea Gold winning Arne Maynard, the gardens of Haddon are famous for their roses and are profoundly romantic, with an ancient feel to them.

“Enjoy: strolling the terraces; the colour filled herbaceous borders; the knot garden that frames jewel plants of the Elizabethan age; and the wild flower meadow borders carefully punctuated by topiary of Hornbeam and Beech.

“As Haddon survived, so did much of its original medieval parkland. Dated to the 14th century and now grade 1 listed, this land is as it was 700 years ago. It has retained all its characteristics and landscape features from its days as a deer park, designed for the pursuit of hunting.”

On any British road trip, Haddon Hall has to be on the list of “must visits”.

« A London to Brighton Road Trip through one of England’s loveliest regions.
Heading south from Auckland? Leave the high road, take the low road »