It is, like chicken tikka masala, entirely an English invention and, according to any Italian cook, not a good one. 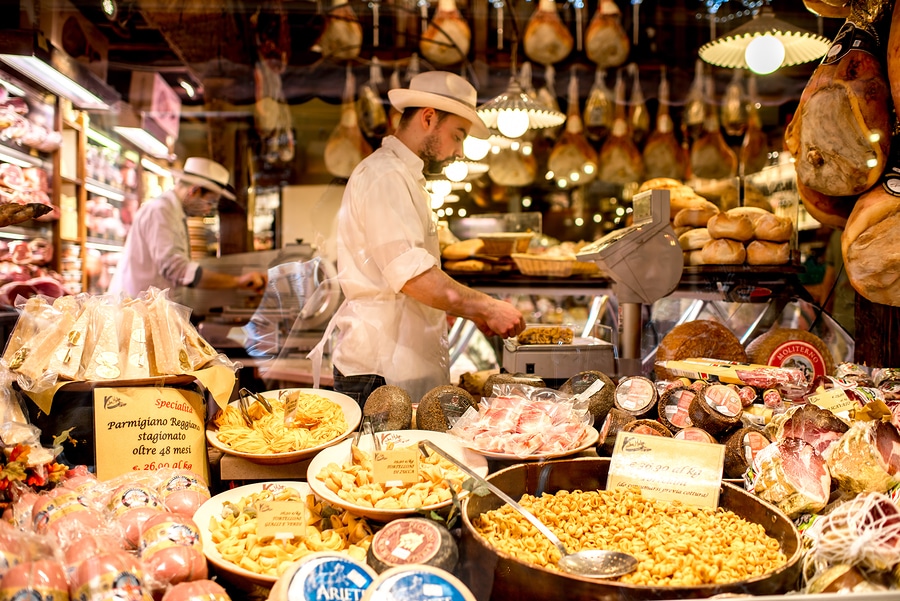 Bologna is one of Italy’s great cuisine scenes.

A ragu does not go well with spaghetti, which is too thin to hold the heavy sauce. That’s why, when you finish your spag bog – or spag bol as the Brits call it – there’s a residual layer of meat sauce in the bottom of the bowl.

More correctly, as our waiter at the lovely Bolognese cucina pointed out, a ragu should be eaten with tagliatelle which, being thicker, holds the sauce better.

There are over 350 pasta shapes, many of them regional versions. Different shapes suit different sauces.

Spaghetti, our waiter told us, should be eaten with either a cream sauce such as carbonara or a tomato-based sauce. Larger pasta styles suit chunkier sauces, smaller versions are best with creamy suces.

So how did the British love affair with Italian food come about? Its genesis can be found in London’s Soho district.

In the late 1940s and early 50s as Italian migrants moved into the UK, many of them settled in Soho. In 1949 Bar Italia one of Britain’s first Italian restaurants popped up in Frith St. It’s still there at No. 21 and still run by Antonio, a grandson of the founder Lou Polledri.

The Spaghetti House chain had it’s beginning in 1955 when Simone Lavarini and Lorenzo Fraquelli, after talking about it over coffee in Bar Italia, set up the first iteration in Goodge St. Today, with 10 restaurants across London, it is still a family-run business with the Lavarinis at the helm.

The Goodge St site  is still there and still serving up the kind of authentic Italian dishes made famous by its founders. Plus, naturally, spagehtti bolognese, authentic or not.

Did you know that spaghetti grows on trees?

Well, that’s what BBC Television said in a news broadcast in1957.  The 3 minute Panorama clip showed a family a Swiss family picking the stringy pasta from a tree.

In those days Brits weren’t as familiar with “exotic” dishes like spaghetti as they are today and many fell for it.

The broadcaster was inundated with requests for details on spaghetti trees!