British castles are a major tourist attraction these days, but in the prime of their time they were built to impose power, to intimidate, to let the locals know who was in charge. And York Castle,  dominating the city’s skyline, was a pre-eminent example of that mindset.

Also known as Clifford’s Tower, after a prominent local family of noblemen and women, in it’s thousand year history it has been twice the capital of England, seen intrigue and murder, hosted kings and villains within its walls. Been a prison and even a mint. It was also the site of the worst religious massacre in Britain’s history.

The castle’s position, commanding the confluence of the Rivers Ouse and Foss has been occupied variously by the Romans, Vikings, and Normans and medieval kings.

In 71 CE the invading Romans set up camp on what is now the site of York Minster.  They called the town Eboracum. It was here, in CE 305 that Constantine  was proclaimed emperor on the death of his father, Constantius. Constantine The Great, as he was later called, would go on  to rebuild Roman power and reunite the empire.

He also turned Christian which was a huge boost for what was, until then, a minor religious sect.

In 866 the Vikings came and for the best part of a century ruled a large stretch of the country, called Danelaw, from here. They called the settlement Jorvik, which eventually mutated to “York”.

In 1066 William The Bastard, as he was known, before he took the more  commanding title of William The Conqueror, invaded Britain. 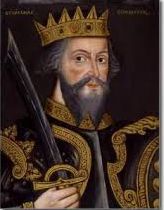 William found that the Englanders were not totally thrilled by his arrival and there was a string of uprisings in various parts of the country. His answer in each case, having put down any resistance, was to built a castle to cement his control.

The great Warwick castle was one of them.

York, still very much influenced by Viking culture, was having none of Norman rule so William marched north in 1068 and settled matters with the querulous northerners.

It was he who built the first York castle, a wooden structure, on its present site.  He later built a second castle on the other side of the river and York became the only city outside London to boast of two castles.

The two castles prevented boats from travelling up-river.  A chain could be stretched between the two, thus preventing enemies and other undesirables from moving further inland.

In 1069 however, the locals, with Viking reinforcements attacked and destroyed the two castles.

Having rebuilt the two fortresses, his army then marched through the region slaughtering anybody they found . . . men women and children. In “The Harrying of the North”, they burned crops and houses. Destroyed everything they could.  Those that didn’t die by the sword were starved to death.

William is said to have later repented this action.  On his deathbed, according to the chronicler Orderic Vitalis, William said he had treated ‘the native inhabitants of the kingdom with unreasonable severity, cruelly oppressed high and low, unjustly disinherited many, and caused the death of thousands by starvation and war, especially in Yorkshire’.

This castle stood for a century until being destroyed in one of the darkest moments in British history.

The Normans allowed many Jewish people to enter the country and a large community was established in York. A string of anti-Semitic riots had broken out in various parts of the country, caused as much as anything by Christian religious fervour.  It was the time Richard I was setting off to the Holy Land on a crusade against Jews and Muslims. A campaign that still rankles in those communities today.

On March 16 1190 a mob set upon the local Jews.  They were egged on by a few local nobles who had borrowed heavily from Jewish money-lenders.  It was a convenient way for these worthies to clear their debts without have to pay up.

The Jews were officially protected by the king as his feudal vassals, so they fled to York castle to claim shelter. The mob then attacked the castle. The Jews were given the option of converting to Christianity and being baptised or face death.

Rather than convert they committed mass suicide. The men cutting the throats of the wives and children, then each other.  The few who fled were murdered outside the castle.

It was Henry III who commissioned the building of the stone structure we see today. Two men central to the construction of Windsor Castle, Master Simon of Northampton, a stonemason,  and Master Henry of Reynes, a carpenter we sent north to plan the new fortification.

Their design is unique in Britain. Its four overlapping circles give it the appearance, from above, of a four leaf clover.

Believe it or not, but back then, in the 12th century, it had flush toilets. In the king’s quarters there was a toilet which was flushed by rainwater collected from the roof. Lower orders, too, has flush loos. Not so advanced on sewage disposal technology, however, they simply emptied it into the moat below.

In 1298, Edward I, engaged in a fierce campaign against the Scots to the north, moved his capital here so that he could mange both the hostilities and the business of government without all the travel.

In the 16th century it’s main use was as a jail. The jailer, one Robert Redhead, being something of an entrepreneur, caused severe damage to the building by quarrying the stones and selling them “for his own profit”. 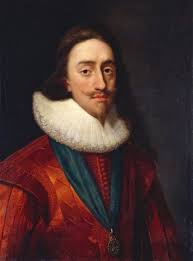 It’s last involvement in military action was in 1642. Charles I, at war with the Parliamentary Roundheads, moved his family and court to York Castle and the city became the capital of all England for the second time.

In 1644 the Roundheads laid siege to the tower. Charles thought his bacon was saved when his nephew, Rupert of the Rhine, arrived with an army. Sadly for Charlie the new arrivals were defeated in the battle of Marston Moor, a meadow to the west of the city. It was the largest battle ever fought on English soil.

By the 18th century the building was no longer used as a royal or noble residence, instead it was a jail. Trials were only held twice a year before travelling judges.  Conditions in the jail were so bad that many of the prisoners died before trial.

In 1705 a purpose-built prison was erect on land in front of the castle. Very modern it was, with facilities for both male and female miscreants.

It’s most famous dweller was the notorious highwayman, Dick Turpin. In those days prisoners had to pay board for their keep. Turpin dined royally, bribing the guards to bring in good food and wine.  The prison did all right out of it too. It was the custom for people to pay to see the inmates, so naturally an infamous highwayman brought a steady stream of paying customers to the prison gates.

Today, you too, can pay to see the cell where he was kept. 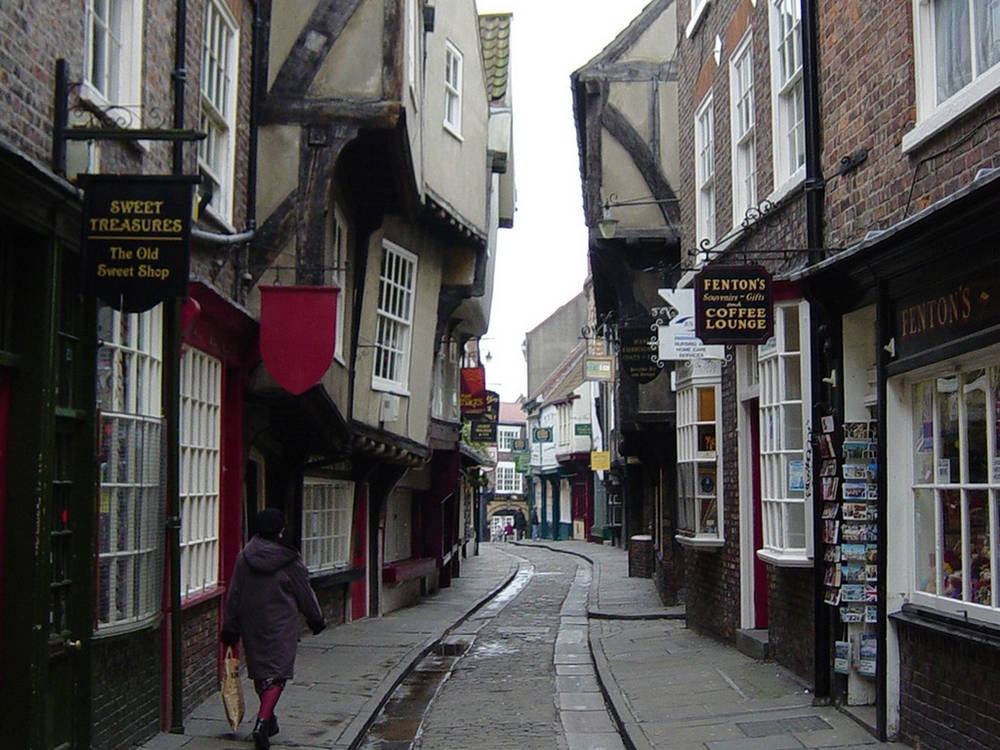 You can learn more about York and it’s attractions, such as The Shambles, (pictured) by buying a subscription to Great British Road Trips. For just £9.90 you can get a massive amount of information to help plan a tour of Britain.  And you’ll get money saving tips worth many times the money you paid.