Warning:  This post contains images that are sexually explicit and will offend you.  They certainly offended me. 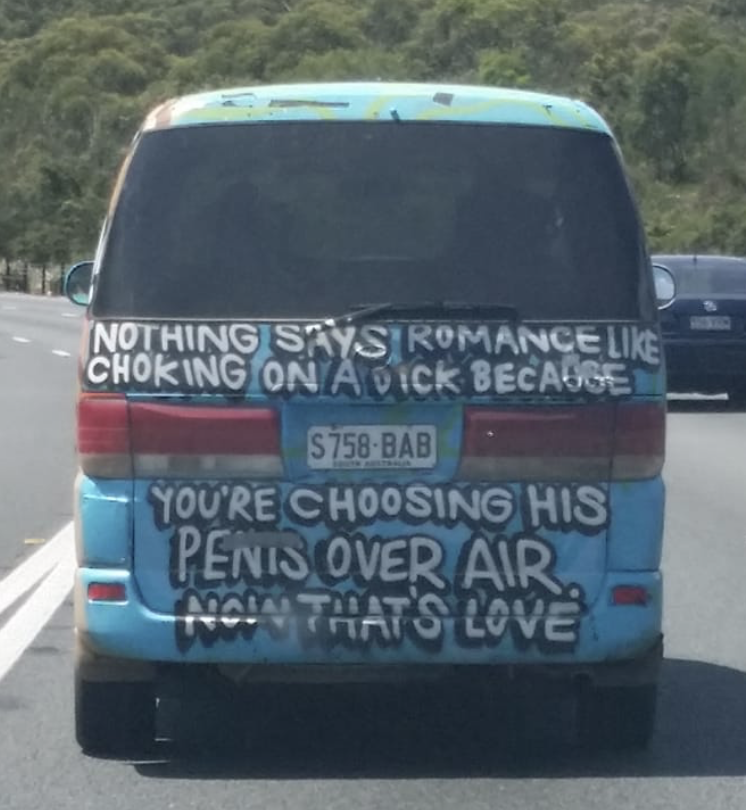 The deviants who own this campervan company, Wicked Campers, should be put out of business

They once said a bit of sexual violence never hurt anyone. Can you believe that?

This photo of a Wicked Campers van was taken in early 2019 on the road between Sydney and the Gold Coast.

It shows that the morally bankrupt creeps that run this low rent outfit have not a jot of honesty to their name. They promised, back in 2014, to get rid of this smut from their vehicles. Clearly, their word has the same quality as the obscene messages they take “pride” in.

What sort of twisted moral compass thinks that it’s OK to have graphics like this on their product?

Would you seriously like to have your kids in the car driving behind this piece of bottom-dwelling visual slime? How would you like your daughter to be seen in a vehicle with that sort of message?

The low-life Australian owner of the company, John Webb, a man with clearly not an ethical cell in his simian-like brain, once actually said this, in reply to an attack by then New Zealand Associate Tourism Minister, Paula Bennett : “A bit of sexual violence never hurt anyone Paula. You should try a bit. Lol.”

Can you believe that? Sexual violence never hurt anyone!!??  I wonder what the #MeToo campaign would make of that little misogynistic gem.

Here’s a few more examples of their twisted “humour”: 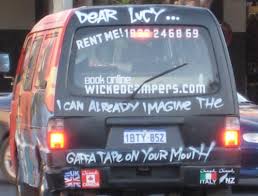 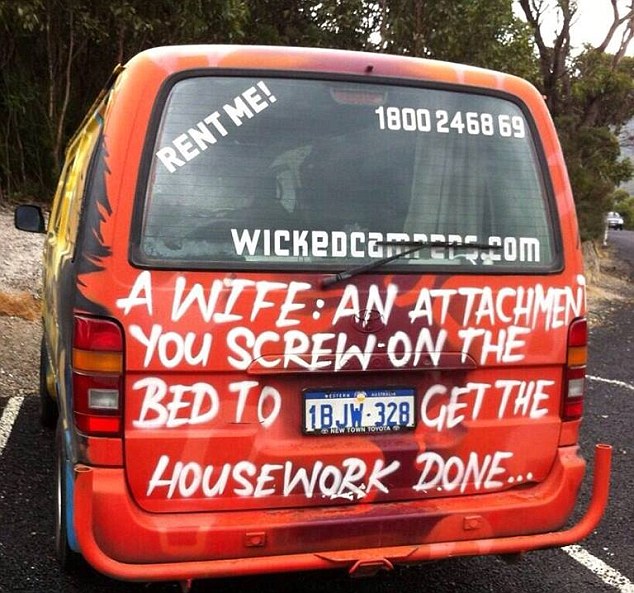 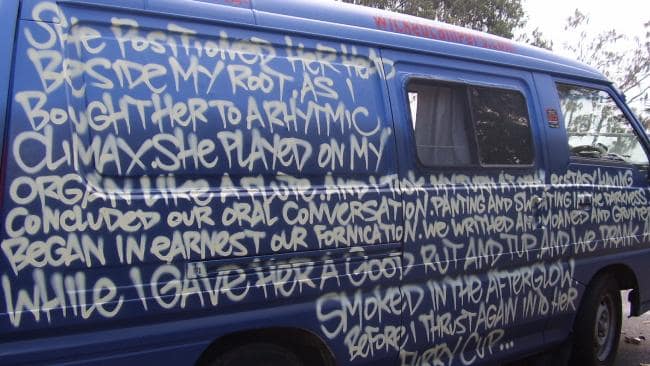 If there are women in any of these vans what sort of message does that convey to the weirdos out there? Like, “Hey guys, we’re up for it”. That will not end well. Only common sluts would be willing to be seen in a vehicle with such erotically inviting messages.

The creeps that run this business would probably describe their designs as “edgy”. I’ve always felt that “edgy” is usually a proxy for “offensive”.

In fact they think it’s hilarious, relying on the P.T.Barnum edict “All publicity is good publicity, even bad publicity”.

They’ve been slagged off repeatedly in both Australia and New Zealand but seem to go with the promotional plan of “More? Worse?” and get away with it.

The vans were banned in Queensland under a law passed in 2016 but they have little difficulty in skirting around any attempt to put the brakes on them.

This man lies through his teeth

The scum-bag Webb once promised, under public pressure, to clean up his shabby act. That was back in 2014.He promised they’d repaint the vans within six months.Shows you what piece of human excrement he really is. Lies through his teeth then laughs in your face.

You should send email torrents to lawmakers demanding that they ban these grubby rattletraps from the roads.

In particular get on to your local campgrounds and demand that they refuse entry to any vehicle with offensive graphics.

What’s more, call out the dumb-arses that actually rent these things. Even better, take to the offending graphics with a can of spray paint. Make it plain that only someone with the emotional maturity of a rutting rabbit would be seen in them.

Give these morons hell

Girls, if you see the sort of testosterone-soaked morons who rent this rolling rubbish, give them hell. Tell them exactly what you think of them. Give ‘em both verbal barrels at close range.

With a bit of luck the message will get through to these emotionally-challenged brain dead renters that this is not OK . . . and certainly won’t deliver on what they hope for. Only a sexually stunted idiot would think that this sort of message would be attractive to today’s young women.

If you check in to a campground that has accepted one of these pieces of graphical garbage, check out. Tell the campground people you will not stay at any place that permits occupancy by this sort of verbal sewage. Demand your money back. The campground might then get the message that it’s not good to be seen slumming with the bottom-dwellers of the tourist business.

If the company’s customers find that they are refused entry to campgrounds they’ll quickly spread the word that Wicked Campers should be avoided at any cost.

That way you can hit the half-wits that run this gutter-level business in the only place it hurts – their pockets.