Not being an avid football fan I probably wouldn’t be interested in taking a tour of the West Ham United stadium which was built as Queen Elizabeth Olympic Park Stadium in London.

But take a look at the adrenalin-rush-inducing ArcelorMittal Orbit. 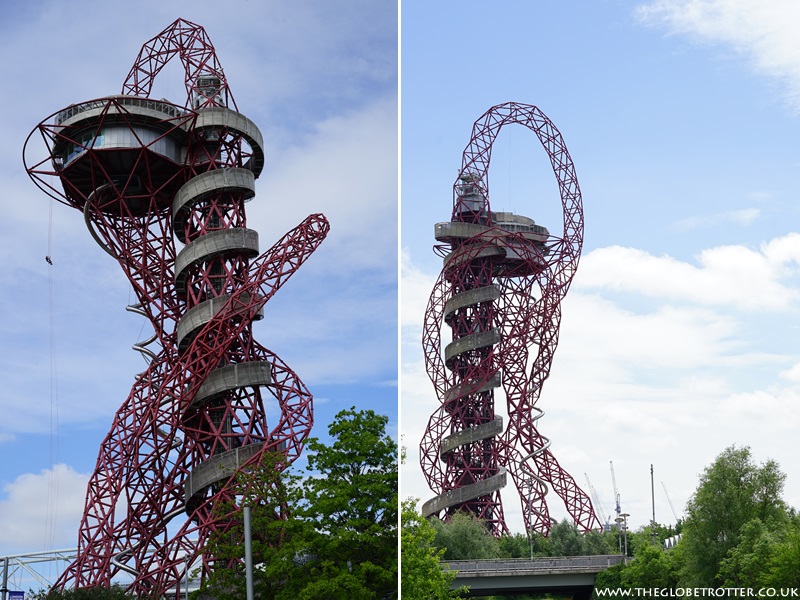 Designed by Anish Kapoor and Cecil Balmond for the London 2012 Olympics, it is the UK’s tallest piece of public art at 114.5m height. It is 22m taller than the Statue of Liberty and offers an excellent view of the various sporting venues of Queen Elizabeth Olympic Park as well as great views of the London skyline.

All well and good so far. Nice, in fact. But not enough to compel me to make the journey out there.

Until I discovered the Slide!

The Slide is the world’s tallest and longest tunnel slide, weaving its way through the red steel frame of the building. The ride, with its twists and turns, takes around a minute but feels longer than that. As you zip down the slide, you will catch glimpses of the Olympic Park and the London skyline and there are some sections where you will be plunged into darkness guessing which way you are gonna drop next! It is a fun and exhilarating experience and if you love thrill, this is definitely not to be missed.

Find out more about the park and The Slide at https://www.theglobetrotter.co.uk/…/queen-elizabeth-olympi…/