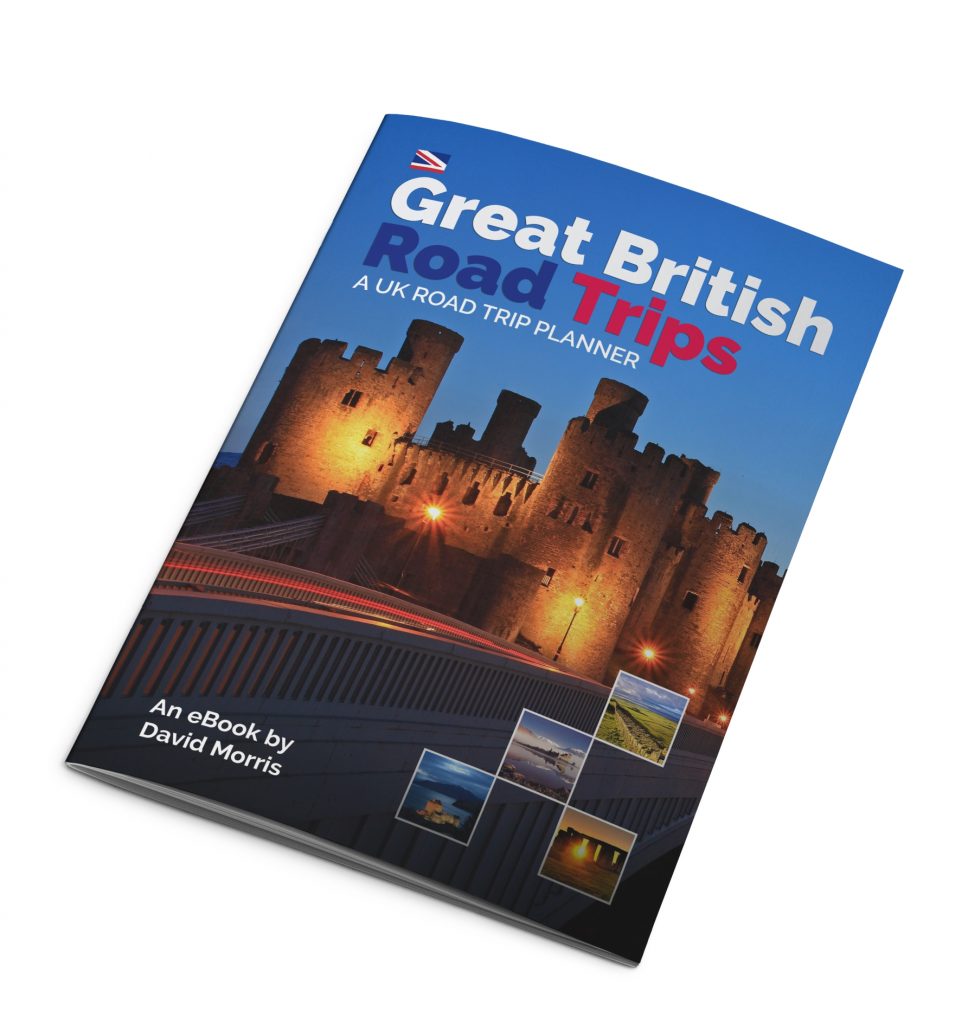 With international travel severely restricted it may seem the wrong time to launch a book on road trips in Britain.

“I figure that the desire to travel is still strong,” he says, “and though they can’t set sail right now, people are planning their next adventure for when the world returns to normal, whenever and whatever that may be”.

“For many, many people a visit to the UK is on their bucket list and the best way to see the countryside outside of London is by car.

One of the attractions of the online eBook are money-saving tips that the author has learned from 40 years of visiting Britain.

It’s not as easy as it seems

“A road trip in Britain isn’t, however, as easy to do as it sounds,” he says.

To start with, you face the daunting task of deciding what to see and do.

Britain’s history is thousands of years old. It has been occupied, farmed, fought over and lorded over by successive waves of invaders and immigrants, each bringing enriching cultural shifts.

The result is a tapestry of ancient monuments, castles, cathedrals, stately homes, museums, ancient battle sites and postcard-picture villages. Then there’s the countryside itself . . . gentle and green, lit by a soft and lovely light. The sort of scenes captured by painters such as John Constable, J.W.M.Turner, and Thomas Gainsborough. Contrast that with the mountainous drama of Wales, the wild beauty of the Scottish Highlands and you have a vast banquet of sensory experiences to choose from.

“I suspect you could tour Britain for a couple of years and still not see all the highlights,” says Morris, who has done many road trips in the UK over the past 40 years.

The book, he says, condenses all that information into bite size pieces so you can put together the tour that suits your interests, your passions or just helps you see the highlights.

It has a collection of 90 touring routes than can be assembled into a road trip that delivers the true British experience. It could be just a day trip or a month or more.

Once you are in your rental car ready to go you have to deal with the UK roading system. For many travelers from places like the USA, Canada, Australia and New Zealand, used to wide open roads, the mad British highways and byways are a confusing tangle of M roads, A roads, B roads, and country lanes that meander hither and thither to no particular purpose.

G.K.Chesterton summed it up perfectly:

Before the Roman came to Rye or out to Severn strode,

“Long ago I did my first driving tour of Britain”, Morris says, “and I still remember raging in frustration at its impossible roading system.

“There were, from time to time, long silences between The Lady Driver and me. She once stopped, much to the chagrin of other motorists, in the middle of a roundabout in Chester, on about our third time around, and demanded “we don’t move until you make your bloody mind up on which exit to take”.

An important part of the book, therefore, is detailed navigation instructions.

That may seem redundant in this age of GPS and Google maps, but Morris argues that, while they are of enormous assistance if you know where you want to go, they aren’t much use in helping choose the route that will deliver a soul-satisfying experience.

He also says that despite their help they will get you lost, costing time and temper.

“It’s all very well being told ‘in 200 yards turn left’, but when you get there you have a choice of hard left or bear left,” he says.

“I’ve driven every one of the 90 touring routes several times to make sure the track is easy to follow.

“An important feature is ‘Expert Navigator checkpoints’ that confirm you are on the right road . . . just in case. You might otherwise get off course by miles and hours.”

Billy Joel, in his song The Entertainer says “The things I didn’t learn the first time, I learned by doing twice”. Morris says the book also contains suggestions on how to save money on rental cars, accommodation and sightseeing.

“These are things I learned the hard way so readers don’t have to”, he says.

“On rental car insurance, for instance, I’ve figured out how to save more than just a handful of dollars. There are membership cards that cut admission costs to most of the major attractions.

The book is available at https://greatbritishroadtrips.co.uk and costs £5.90.